Power is control and you can control people, states, and nation states by controlling the supply and nature of what they need: energy, money, food, water, healthcare and information. That's real power, and this absolute degree of control is the primary purpose of our current economic system which dominates societies and cultures around the globe.

The aim of Controller is simply to shed light on this system, to provide a contextual framework for understanding events and ultimately, where possible, to provide ways to bypass its controls and mitigate its toxic effects on both body and mind.

The Two Drivers of the Economic Machine 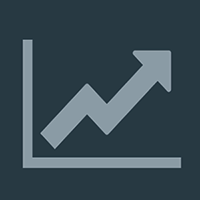 Nothing moves without energy; those who control its flow, both in the form of physical energy (i.e. oil, gas, electricity) and economic/financial energy in the form of money (investable capital), control and shape the economic system. This is why the Rockefellers, an oil family, bought a bank (City Bank) and the Rothschilds, a banking family bought an oil company (Royal Dutch Shell). They understood that real power required both.

Money is created out of thin air (as credit/debt "with the flick of the pen", now keystroke) when it is loaned into the economy (money spent on a credit card for example is newly created money). As Josiah Stamp (Director at the BoE) is purported to have said in 1927: "The bankers own the earth. Take it away from them, but leave them the power to create money, and with the flick of the pen they will create enough deposits to buy it back again." So, if you want to know why mega-farms dominate agriculture, it's not because their yields and produce are superior to organic permaculture-based farms, they're not (by a long way), it's because investment banks are idealogically sympathetic to large, centralised corporations like Cargill and Bayer and are idealogically opposed to small, distributed, worker-owned organic farms (who have less reliance on the petro-chemical industry).

By controlling the flow of credit, banks ensure their friends are liquid and those who might oppose them are not. So when you look around you, the landscape you see (corporate skyscrapers, endless mono-culture farms, giant supermarkets and pharmacies, mega-malls and billboards) is not the outcome of organic free enterprise. It's the outcome of idealogically motivated investments directed by a cartel of "systemically important" banks, backstopped by central banks, in turn governed by the Bank of International Settlements (BIS).

It's a rigged game, where winners are selected by highly idealogical interests that control the flow of money and energy and, to a large degree, govern the entire system (including "democratically elected governments").

In the Lab we focus on areas of the economy that are literally toxic and we aim to dispell the mythology and dogma that justifies their necessity. We all want access to healthy food, clean water and safe and effective healthcare - the system in its current form provides none of these and would like us to believe there is no viable alternative.

The big agrichemical and biotech companies that once made Zyklon B (BASF / Bayer, then IG Faben) and Agent Orange (Monsanto) now promise to "feed the world", instead they poison it and by extension us. Our food is being genetically altered, leached of the micro-nutrients we need to stay healthy and sprayed with a cocktail of insidious carcinogenic pesticides and herbicides. Not many smokers around anymore, but 1 in 2 men and 1 in 3 women in the US will get cancer.

Big Pharma offers treatments for everything! There's plenty of financial incentive to treat; there's a countervailing, disincentive to cure. In fact most drugs on the market will make you sick and keep you sick. For example, one of the side effects of Roche's Madopar drug (for Parkinson's disease) is Parkinson's, a side effect of most chemotherapy drugs is cancer, statins are a mitochondrial toxin, compromising energy metabolism increases the likelihood of neurodegeneration, heart attacks and cancer. So if BASF, Dow or Bayer don't get you, Roche, GSK and Pfizer surely will.

The third toxin we focus on is more a poison of the mind; the rigid adherence to "scientific" dogmas, whether motivated by political agendas or establishment hubris. Bad ideas have toxic effects: the somatic mutation theory of cancer has stultified cancer treatment; the misinterpretation of red-shift has led to billions being wasted in search of twin energy accounting phantoms - "dark matter" and "dark energy". What caused the Thames to freeze in the 17th century but not in the 19th? CO2 emissions? No, it was the end of a grand solar minimum (Maunder 1640–1720). We've just come out of the strongest solar maximum for 4000 years.

Certainly humans are affecting the climate, but if we discount the sun and overplay CO2, then we'll end up where we're headed, undertaking Solar Radiation Management (spraying the skies and upper atmosphere with toxic metals which eventually fall to earth and poison us) and heating the ionosphere in an attempt to control the weather. The road to hell is paved with good intentions (and increasingly constructed in a lab).

We are lab rats in a lab experiment that is making us sick. How many autistic, obese and demented citizens can the system carry? We'll see. This system pollutes, and it and its "exhaust" are killing us; whether it's the environment, our bodies or our minds being polluted.

The System's Guard (and Attack) Dogs 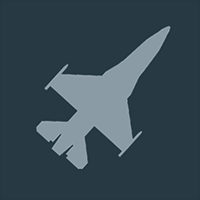 This system serves its clients (a highly concentrated network of corporate interests whose profits and power are derived from it) and needs to be protected from the general population. This requires the collusion of the state; which is why we have a military, policing and surveillance complex to protect and extend the system's reach (sorry, "to keep you safe") and educational institutions that educate the population enough to work within the system, but not enough to understand its workings.

The Boys are on the Wagon

One way to visualise this system as a whole, is from the analogy of a stagecoach (travelling to hell presumably) with a number of horses (Big Ag, Big Pharma, Big Media, Tech and Construction), these are steered by two drivers, the large energy companies and the "too big to fail" banking cartel, and on the back of the coach is a guard (the military industrial complex) whose job is to protect it and clear the way ahead.